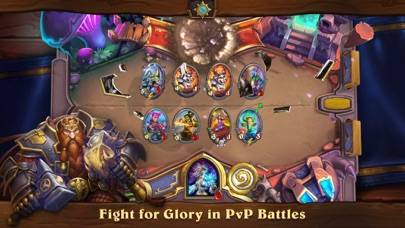 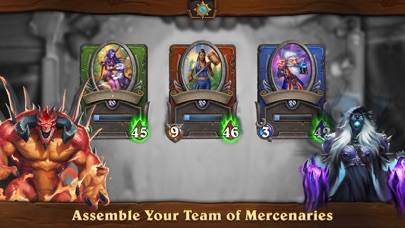 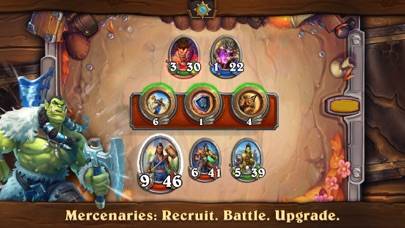 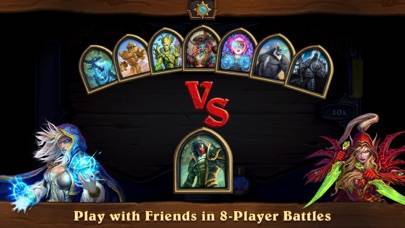 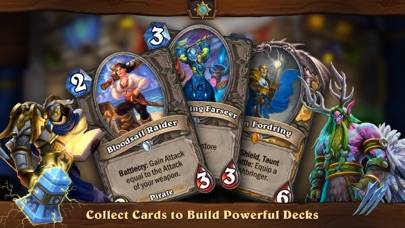 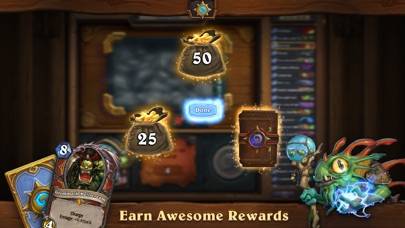 Hearthstone is an entertainment and card mobile video game developed by Blizzard Entertainment, Inc., and is available for download on both iOS and Android devices. The app is compatible with iOS 10.2 or later.

From the studio that brought you World of Warcraft® and Overwatch®, comes HEARTHSTONE®, Blizzard Entertainment’s award-winning collectable card game! Collect powerful cards and create mighty decks. Summon minions and sling a spell to seize control of ever-shifting battlegrounds. Wield a masterful strategy and outwit all players who dare challenge you.

Each card brings to life an extraordinary ability; use strategy to craft your deck and clever tricks to turn the tides of these PvE and PvP battles. Whether they’re minions, a spell, quests, or heroes, a Hearthstone card can dramatically change the duel with powerful effects and crazy interactions. Play as a clever rogue, a powerful mage, or any other of the game's ten Hero classes - they're all free!

Experience the magic, mischief and mayhem with your friends. Battle with friends and join the millions of players around the hearth to enjoy Hearthstone, and DOWNLOAD TODAY!

AN EVER-EXPANDING WARCRAFT UNIVERSE. Go into battle with your favorite Warcraft heroes like Illidan Stormrage, Jaina Proudmore and more. Explore iconic locations from the beloved Warcraft universe as you master your deck, collect cards, and assemble powerful combos, in this fast-paced card game of cunning strategy. Master the unexpected and seize control over the battlegrounds of Azeroth.

PLAY THE HIT GAME MODE HEARTHSTONE BATTLEGROUNDS. Invite your friends to play Battlegrounds with you, where eight heroes compete in a PvP auto-battler. The last one standing takes it all! Will you end up with the Battlegrounds crown?

MASTER AN ALL-NEW RPG MODE WITH ROGUELIKE ELEMENTS: HEARTHSTONE MERCENARIES. Assemble and customize your dream team of iconic Warcraft characters. No need to build a deck, just grab your Mercenaries and jump into combat, choosing the right skills to help you vanquish your foes. Master an all-new RPG and engage in epic combat. Use your earnings to upgrade and equip your team of Mercenaries with the abilities and treasures needed to fight through roguelike maps and conquer an all-new combat system. As your Mercenaries progress, so too will their opponents, so use strategy to take on tougher, ever-evolving enemies. Which of your Mercenaries will earn their glory?

HONE YOUR SKILLS: Practice in PvE adventures, face fierce competitors around the world in real-time PvP, and duel the strongest Heroes in the Warcraft universe. Jaina, Thrall, Uther, and Illidan, and more!

JUMP RIGHT IN: Fun introductory missions bring you into the world of Hearthstone’s intuitive gameplay, only a few seconds until your first duel!

DUEL EPIC HEROES, GLORY AWAITS: Defeat tough opponents around the world in real-time PvP, win and craft your deck using hundreds of unique cards – your collection grows with you in this CCG.

8-PLAYER EXPERIENCE: Are you ready to take your skills to the Battlegrounds? You and 7 other competitors take on the roles of familiar Heroes straight out of WoW history, craft powerful boards of recruited minions, and duel in this auto-battler until a single winner is crowned!

COMPETITIVE RPG MODE WITH ROGUELIKE ELEMENTS: HEARTHSTONE MERCENARIES: Discover new ways to play with this all-new RPG. Roguelike maps and seemingly endless team, treasure, and ability combinations make for a unique roguelike RPG experience with every battle. Say goodbye to building and balancing 30 card decks. Instead, choose which 6 Mercenaries you think has what it takes to take down your opponents and secure your bounties. Progress as you play to unlock new abilities and equipment that will make your Mercenaries more powerful and unlock new ways to fight!

Need help? Join our Hearthstone Forum to discuss your questions, comments and more with other users from all over the world.

To install Hearthstone on your PC you need to have an android emulator that supports you to play the game on your computer. We recommend using Bluestacks. How to use BlueStacks to play Hearthstone on PC/Mac.

Hearthstone is also available to download in the following countries: Russia

One of the best!

You can’t put in high quality . And I somehow lost all sound. BUT! Even with these issues, I play this over my Xbox games

See All Reviews
List of Paid apps that you can download completely FREE for a limited time.
iOS Paid Apps for Free This Week. Updated 26/05/2022 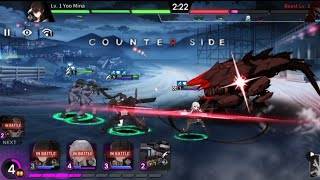 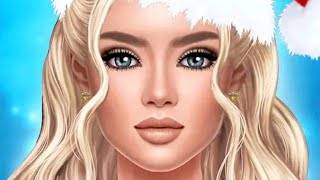 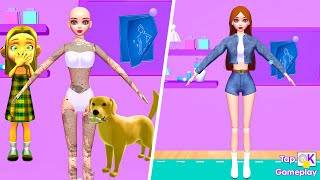