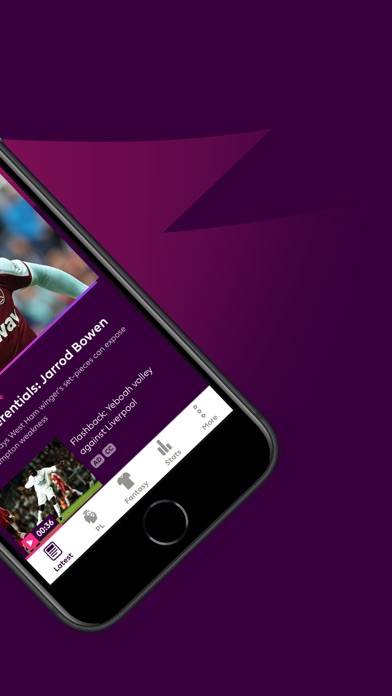 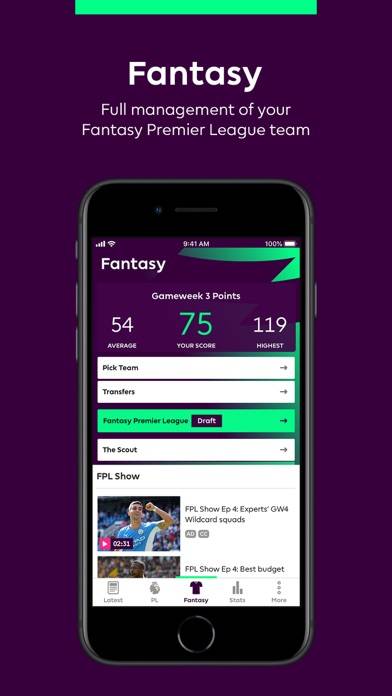 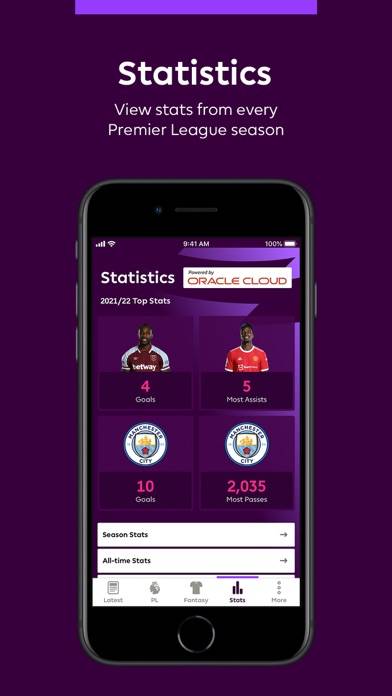 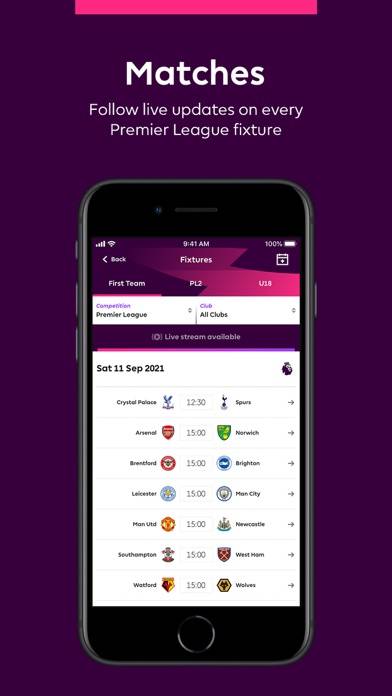 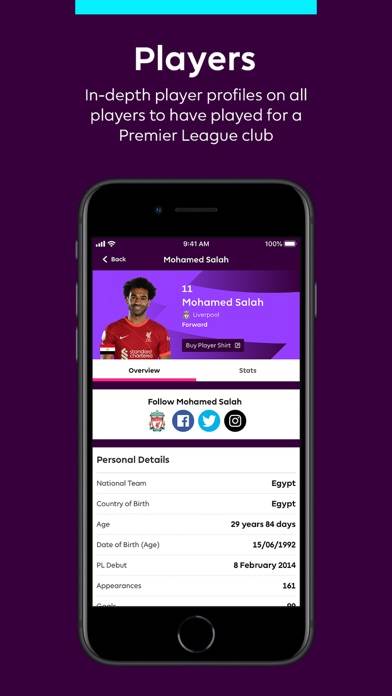 Premier League - Official App is a sports and games app developed by Premier League and is available for download on iOS and Android devices. The app is compatible with iOS 12.1 or later.

Official and free to download, the Premier League's app (PL) is the definitive companion to the world’s most watched league.

Manage your Fantasy Premier League team, research 27 years’ of statistics and watch some of the greatest moments in the League’s history. This is Premier League.

- Fixtures, Results & Tables for competitions including PL2, U18 and Champions League

- Premier League news and features from your favourite Club

- Detailed statistics providing insight on key performers in each position

PL is available free of charge for as long as you want it, with regular updates throughout each season. Push notifications are also available for you to control the information you wish to be alerted to.

Need help? Join our Premier League Forum to discuss your questions, comments, and more with other users from all over the world.

Looking for a way to download Premier League for Windows PC (or Mac OS)? You've come to the right place. To install and use the Premier League app on your laptop or desktop computer, you need an emulator that can run this app. We recommend using Bluestacks. Use our guide to install it on your computer.

As of July 2022, the app has been crashing any time the fantasy tab is clicked. Any updates or workarounds would be helpful

See All Reviews
List of Paid apps that you can download FREE for a limited time.
iOS Paid Apps for Free This Week. Updated 17/08/2022 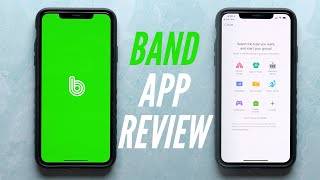 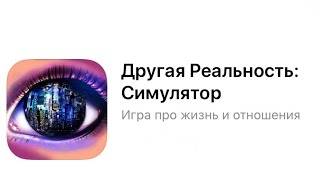 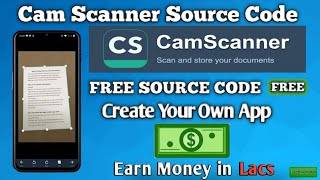 BAND - App for all groups

Tsuro - The Game of the Path