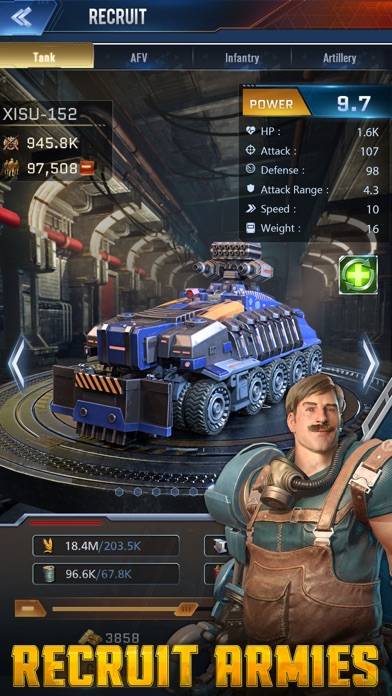 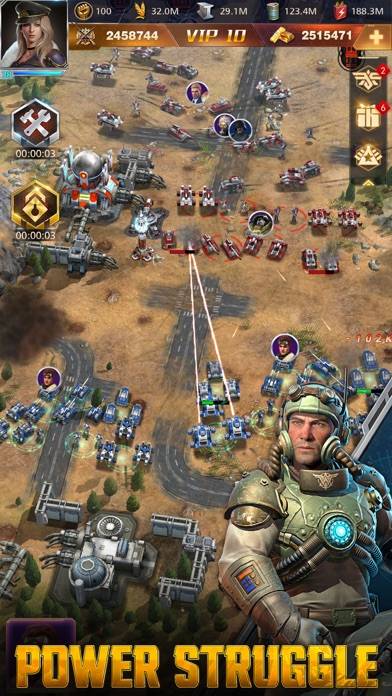 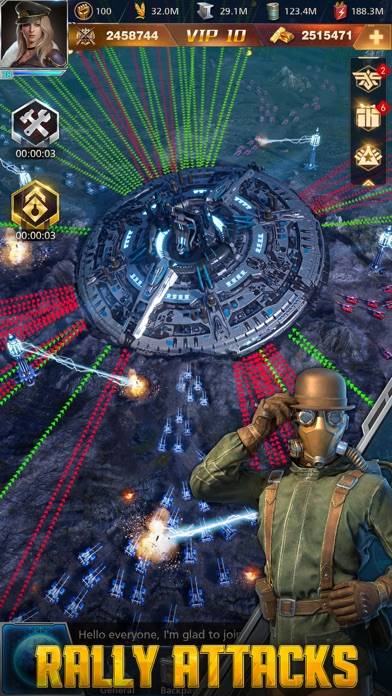 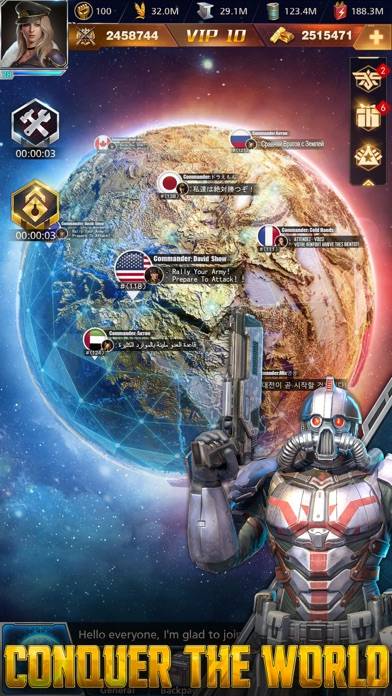 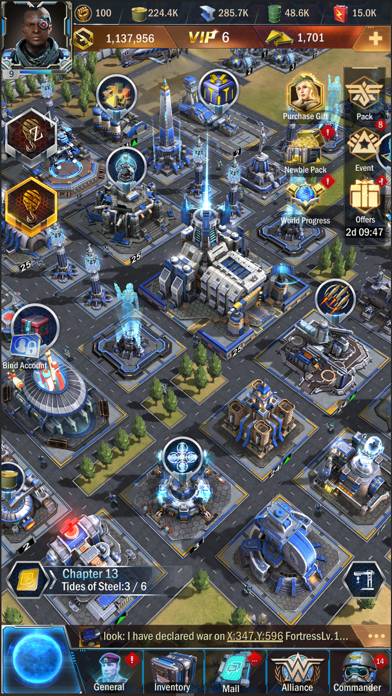 War of Destiny is a role playing and strategy mobile video game developed by CAMEL GAMES LIMITED, and is available for download on both iOS and Android devices. The app is compatible with iOS 9.0 or later.

The War of Destiny is coming. After planning for 20 years, the Imperial Army is about to launch its attack. The people of Earth have forgotten what war is like and the whole world is soon to be in the flames once again. Commander, your time has come. Can you save the planet from impending doom? Everyone is waiting to see what you can do!

Recruit Troops
- Constantly recruit new soldiers for different positions to fight the Empire.
- Expand your forces to defeat your opponents without much of a fight.
- Promote your soldiers when they are ready.

Alliances
- Defeat your enemy together with like-minded allies.
- Fight for advanced technology and rutile energy from Imperial Spaceships.
- Join a force with a just cause that defends peace.

Generals
- Train your generals to make battles even more exciting.
- Generals can be trained in multiple ways to improve your battle command system.
- Seize the advantage at critical points on the ever-changing battlefield.

Construction
- Unrestricted building will make your base become increasingly more exciting.
- Place every plant and building anywhere you like.
- Upgrade the structures inside and outside your base to boost stats.

Need help? Join our War of Destiny Forum to discuss your questions, comments and more with other users from all over the world.

To install War of Destiny on your PC you need to have an android emulator that supports you to play the game on your computer. We recommend using Bluestacks. How to use BlueStacks to play War of Destiny on PC/Mac.

War of Destiny is also available to download in the following countries: Russia

Liked War of Destiny? Don't forget to share with others.

Very competitive and excellent to play with friends

One of the best game I’ve played in a long time. My only wish is that the upgrade didn’t take so long.

Thanks for bringing us the cool new graphics and gameplays. I’m now more engaged in this game. Really fun! I’ve asked my best friend to join me and Battle with me!

This is a great game.Well designed and still growing .You can't go wrong with giving it a try!Just downloading and join us!     ‌

The game is awesomely addictive .I started to play it for a few days and it is fun and the concept is pretty simple .Also the game can use a little fixing with building movement issue and other than that it's really fun.   ‍ ‌ 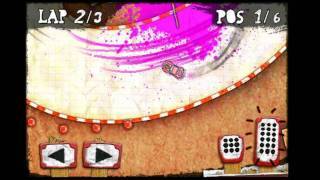 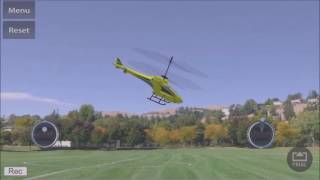 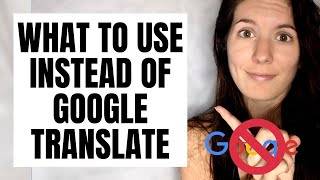