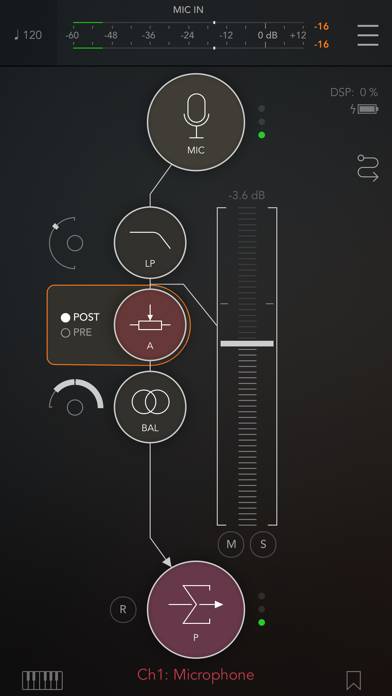 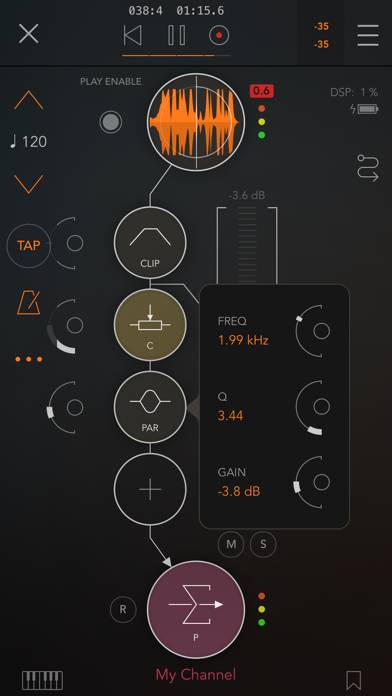 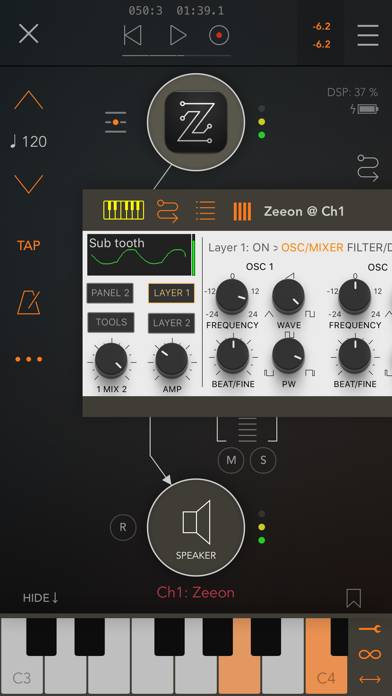 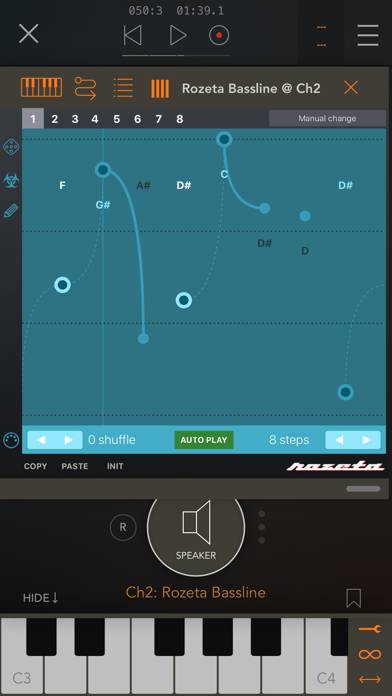 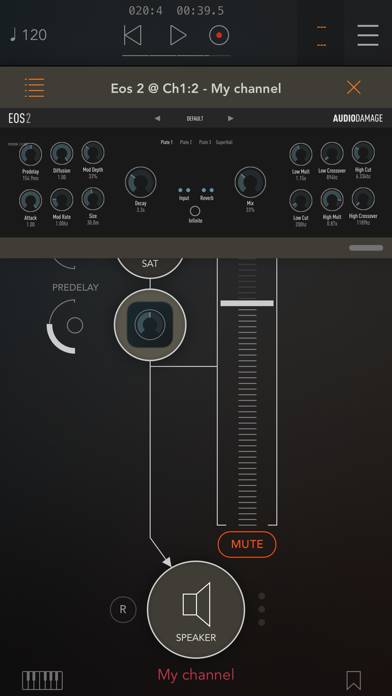 AUM is the flexible audio mixer, recorder, and connection hub for your iPad, iPhone and iPod touch.

Play hosted synths and instruments using the built-in keyboard or external MIDI controllers, or sequence them with AU MIDI plugins or from other apps using Virtual MIDI.

Record mixes, individual tracks, or both, straight into the storage space of AudioShare (no copying of files needed), with synchronized start and end for perfect loops.

Play back recordings, soundfiles and loops as channel sources in the mixer for backing tracks, further processing or mixing. Soundfiles can be opened from anywhere, including USB drives on iOS 13 and later.

Synchronize everything with the transport clock and play in time with other apps or devices using Ableton Link. Connect external music machines and synchronize them with MIDI Clock.

All controls in the mixer can be controlled via MIDI, including parameters of hosted and built-in plugins.

"A brilliant idea that has been brilliantly executed. Top-notch technical stuff and highly recommended" - MusicAppBlog

"Feature rich, powerful, intuitive, and simple to use" - DubSpot

"Executes live mixing with surprising ease, with a load of extensive features under the hood, quick snappy response on the screen and audio" - AudioNewsRoom

I just saw that you added in-app purchase tips, which you totally deserve because AUM it’s gorgeous, brilliant, built with a lot of attention, love, talent, no one else could do the same with 6 mb only. So It’s my great pleasure to pay you a Huge Tip and I kindly invite everyone to do the same. 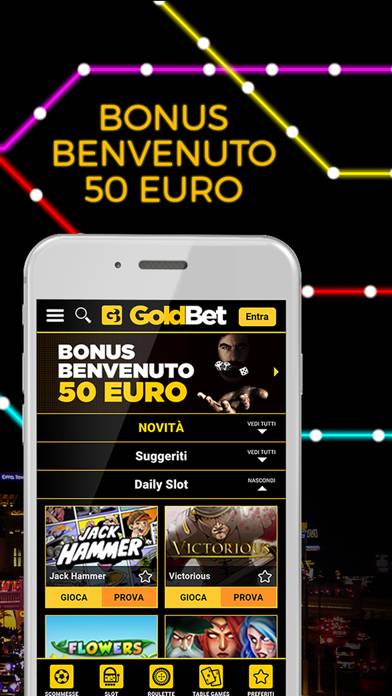 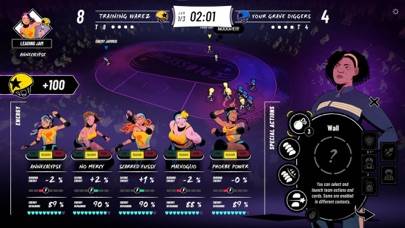 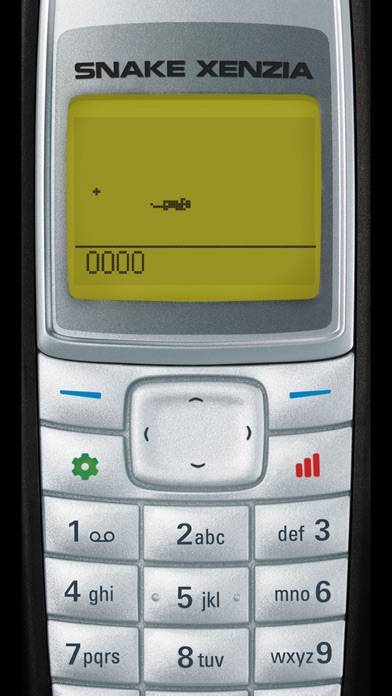 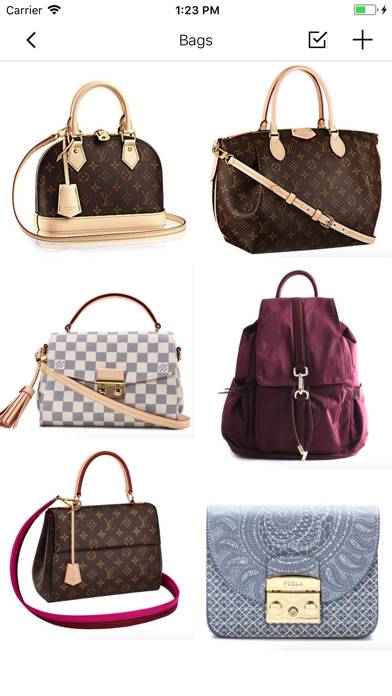