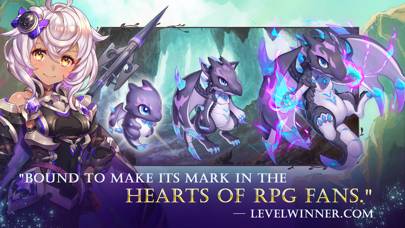 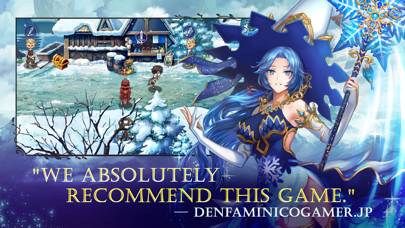 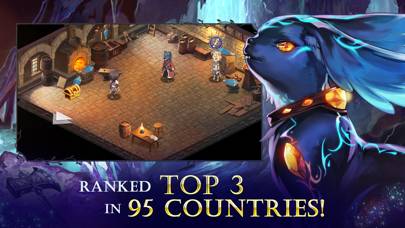 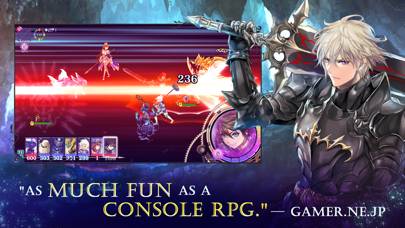 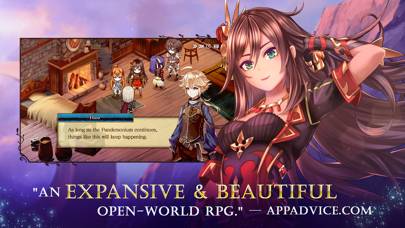 Evertale is a strategy and role playing mobile video game developed by ZigZaGame Inc. and is available for download on iOS and Android devices. The app is compatible with iOS 11.0 or later.

Join a band of unlikely heroes and free the world of Erden from the deadly Pandemonium. Collect, train, and evolve over 180 creatures and warriors to fight alongside in supercharged monster battles!

Immerse yourself in the engaging single-player offline story or build your team and test your skills against global players online. Battle it out in fast-paced PvP leagues and form guilds with other players to unlock limited-edition gear, power-ups, and more to take your team to the next level!

CAPTURE & EXPLORE
• Catch, train, and evolve over 180 monsters and heroes across an impressive story-driven adventure!
• Encounter friends and foes as you journey across the 6 diverse regions of Erden, each with their own unique monsters to collect.
• Discover legendary weapons, accessories, and equipment to boost your warriors and gain the upper hand on your opponents.

BATTLE & CONNECT
• Build a strategy from hundreds of unique ability combinations to devastate your opponents in engaging turn-based 4v4 combat!
• Jump online to compete in real-time PvP leagues and form collaborative guilds with other players to uncover one-of-a-kind items.
• Participate in weekly online events that offer exclusive unlockables and limited characters to add to your collection!

EXPERIENCE THE STORY
The world of Erden is plagued by an ancient curse—the Pandemonium, a shroud of evil that descends once every 100 years. Only the fabled Crestbearers can cease its destruction, but all have failed to stop it from returning to wreak havoc once again.

Join two young heroes and the allies they befriend along the way and embark on a perilous quest to uncover the secret to ending this age-old curse once and for all!

Need help? Join our Evertale Forum to discuss your questions, comments, and more with other users from all over the world.

Looking for a way to download Evertale for Windows PC (or Mac OS)? You've come to the right place. To install and use the Evertale app on your laptop or desktop computer, you need an emulator that can run this app. We recommend using Bluestacks. Use our guide to install it on your computer.

I really like this game. The only reason I wrote this review Is to state that I ship Astrid and mysha

Pretty fun game with good character graphics. Just wish they were a bit more generous with their summon crystal give outs for ftp players

By Please change the sh

Option to sell shards please, R(10 shards), SR(50), and SSR already has its version. I just hate how you just pile up countless shards without any options to do anything. The game has other issues such as catching monsters since that entire prospect is really pointless with the summoning. However, the game is generally good unless you cry about the summons you get.

really good game i play it alot especially during my free time or when im bored shows a bit if nudity but eh its a game right? as me being a teenager kid this gane is good 5 stars 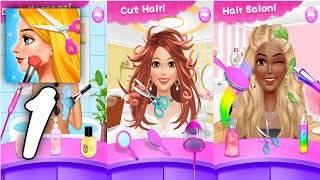 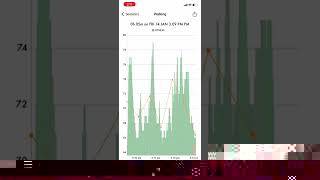