Plague Inc. - Can you Infect the World‪?‬ 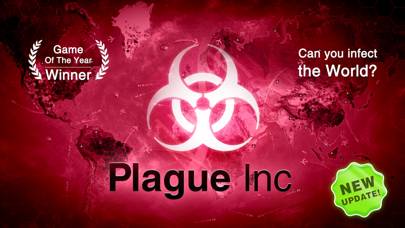 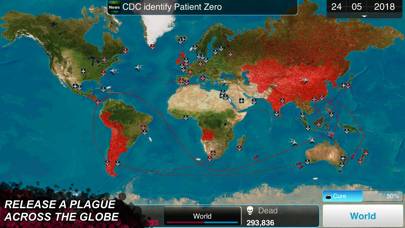 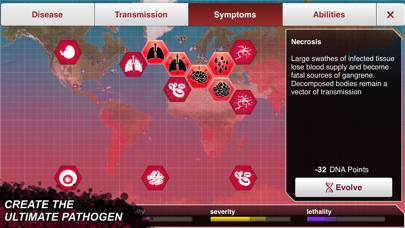 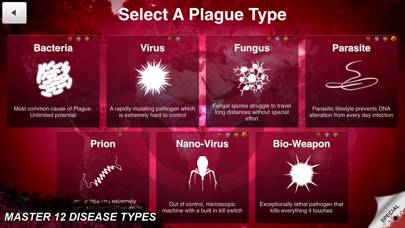 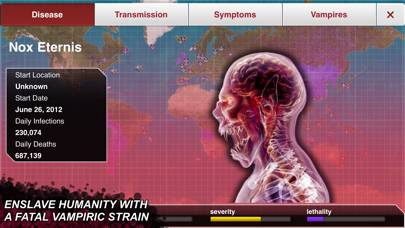 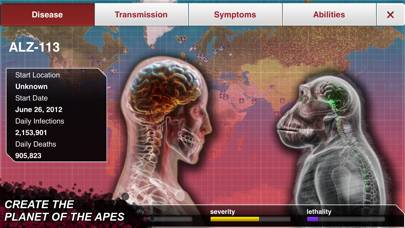 Plague Inc. is a strategy and simulation game app developed by Ndemic Creations and available for download on the iOS App Store and Android Play Store. This app is compatible with iOS 9.3 and later and requires 105MB of free space to be installed on your device.

What is Plague Inc.?

Can you infect the world? Plague Inc. is a unique mix of high strategy and terrifyingly realistic simulation.
Your pathogen has just infected 'Patient Zero'. Now you must bring about the end of human history by evolving a deadly, global Plague whilst adapting against everything humanity can do to defend itself.
Brilliantly executed with innovative gameplay and built from the ground up for iPhone & iPad, Plague Inc. evolves the strategy genre and pushes mobile gaming (and you) to new levels. It’s You vs. the world - only the strongest can survive!
◈◈◈ #1 top game globally with well over a billion games played ◈◈◈
Plague Inc. is a global hit with over a million 5 star ratings and features in newspapers such as The Economist, New York Post, Boston Herald, The Guardian and London Metro!
The developer of Plague Inc. was invited to speak at the CDC in Atlanta about the disease models inside the game!
▶ “The game creates a compelling world that engages the public on serious public health topics” – The Centers for Disease Control and Prevention
▶ "Plague Inc: The Cure encapsulates the complexities of a global pandemic response and highlights how crucial international collaboration is needed to address such a threat.” – Coalition for Epidemic Preparedness Innovations
▶ “Best Tablet Game” - New York Daily News
▶ “Plague Inc. will snag your attention in all the right ways and keep it there” - Touch Arcade
▶ “No denying Plague Inc.'s high-level of quality” - Modojo
▶ “Plague Inc. should not be as much fun as it is” – London Metro
▶ “Will leave you hoping to destroy the world, all in the name of a bit of fun” – Pocket Lint
▶ “Plague Inc.'s gameplay is infectious” - Slide to Play
▶ Winner – “Overall Game of the Year” – Pocket Gamer
▶ “Killing billions has never been so fun” – IGN
◈◈◈
Features:
● Stunning retina graphics with a highly polished interface (Contagion guaranteed)
● Highly detailed, hyper-realistic world with advanced AI (Outbreak management)
● Comprehensive in-game help and tutorial system (I am Legendarily helpful)
● 12 different disease types with radically different strategies to master (12 Monkeys?)
● Full Save/Load functionality (28 Saves Later!)
● 50+ countries to infect, hundreds of traits to evolve and thousands of world events to adapt to (Pandemic evolved)
● Full game support for scoreboards and achievements
● Expansion updates add the mind controlling Neurax Worm, the zombie producing Necroa Virus, Speed Runs and real life Scenarios!
Localised in English, German, Spanish, Brazilian Portuguese, Italian, French, Japanese, Korean, Simplified Chinese, Traditional Chinese and Russian. (more coming soon)
P.S. Give yourself a pat on the back if you got all the themed literature references!
Special sale price to celebrate being one of the most popular paid iPhone games ever!
◈◈◈
Like Plague Inc. on Facebook:
http://www.facebook.com/PlagueInc
Follow me on Twitter:
www.twitter.com/NdemicCreations

Promo codes are currently inactive, but you can enhance your Plague Inc. experience by adding items such as:

and more can be found through in-app purchases in the app.

Need help? Join our Plague Inc. forum to get help, ask questions, and discuss the app with other users from all over the world.

To get the Plague Inc. App on your PC (Windows 10/8/7), follow our guide on using Bluestacks to install APK files on your computer. If you enjoyed the Plague Inc. strategy app, then you'll also enjoy our list of apps like Plague Inc..

Keep up the good work my 2nd favorite mobile game only 1 suggestion: I think it would be cool if u added online multiplayer like race 2 see who can cure the disease the fastest or who can kill they country the fastest even if you don’t add this I’ll be playing <3

I am so happy! I have been waiting to play this for years! And the Cure mode is cool.

Will there be any new updates soon? I really enjoy the game i want to see more added to it i almost have grown tired of what we have now its time for more game modes and other things man.

Expansion packs are worth it, the game is worth it, and everything was worth it 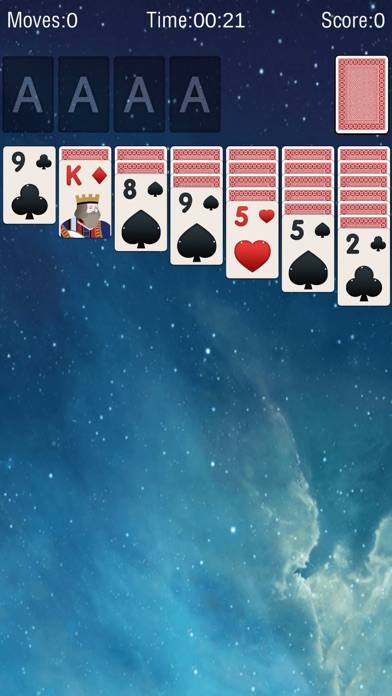 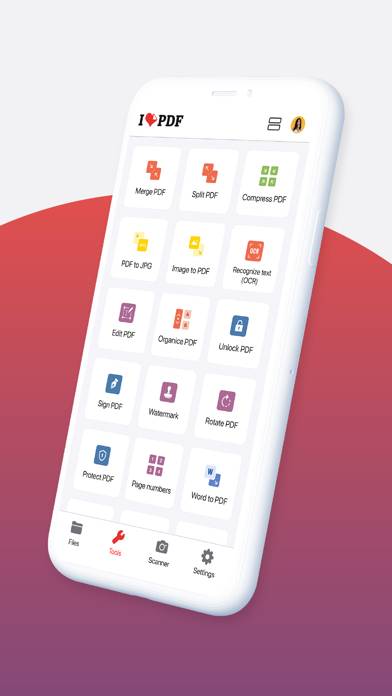 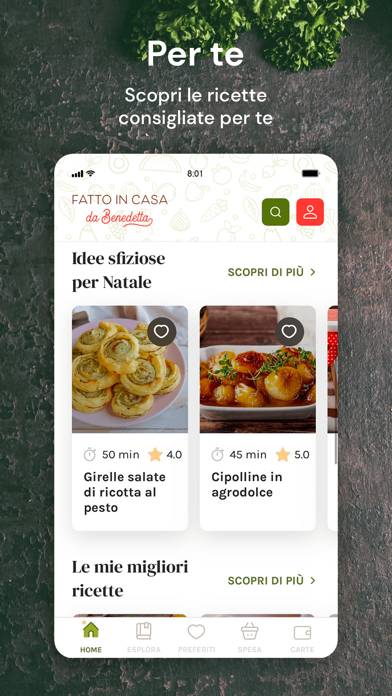